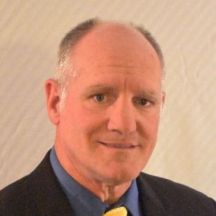 Cleanroom professionals are increasingly expressing interest in a classification system or certification of wipers for use in particular clean environments. While the desire for this level of guidance is understandable, it is not currently possible.

Since no valid, accurate, or accepted test to determine or certify any wiper’s suitability related to a particular cleanroom environment exists, decisions on wiper use remain dependent on the processes conducted within the cleanroom environment, while also considering the appropriateness of the wiper to the application—such as the least risk of process contamination, or the need for high sorbency or durability, etc.

In an effort to provide some measure of guidance regarding what type of wiper might be suitable for a given environment or application, IEST has updated its guidance document: IEST-RP-CC004.4: Evaluating Wiping Materials Used in Cleanrooms and Other Controlled Environments. This revised Recommended Practice now prescribes tests to determine the inherent cleanliness of a specific wiper, and this may be useful in selecting the wiper best suited to the needs of a specific application and environment.

As chair of the IEST Working Group that developed IEST-RP-CC004.4, I am pleased that wiper users can now consult the industry’s first-ever guidance table (Appendix A) to narrow their consideration of wiper candidates. The RP’s changes in testing and reporting units will provide users with a more intuitive baseline for understanding the relative cleanliness of wipers in which they may have an interest. The guidance table is based on common usage in industry and the collective opinion of leading experts in wipers used for a wide variety of applications within controlled environments.

Among the major changes and improvements to IEST-RP-CC004.4:

While it remains the responsibility of the end-user to determine the specific wiper to use, based on many factors, especially risk to the product or process in the cleanroom, at least now wiper users have a reliable source to consult when making decisions about wiping materials to use in controlled environments.

To order your copy of IEST-RP-CC004.4, please go to the IEST Bookstore: https://www.iest.org/Bookstore

The Institute of Environmental Sciences and Technology (IEST) is the leading technical, nonprofit membership association that connects professionals who impact controlled environments. We give you technical guidance through International Standards, Recommended Practices, and education programs developed by experts in the fields of contamination control, environmental testing, and nanotechnology facilities.

Industry Partners allow IEST to fulfill our nonprofit mission of advancing industry knowledge and contribution to world progress. Click here to learn more about these vital companies and the benefits of working with them.